On Monday the 18th of November 2019, a team of three sixth form pupils competed and successfully won their argument in the first round of heats for the English Speaking Union’s schools’ mace debate.  Isobel Wanstall (L6), Lawrence Wake (U6) and Nathaniel Florence-Wratten (L6) proposed the motion ‘This House would make voting compulsory.’

Nathaniel opened the proposition’s argument with a clear set of ideological justifications for compulsory voting including the importance of engaging British citizens within a democratic process that increases the legitimacy of elected politicians.  Lawrence, as second speaker for the proposition team, provided engaging statistical data, supporting academic research, and interesting examples of international, national and local importance.  Isobel summarised the team’s arguments, in addition to answering questions from the Floor, rebutting the opposition’s points, and leaving the audience believing that compulsory voting would provide a more unified and cohesive political landscape for everyone.

We wish the team all the very best in their preparations for round two of the ESU’s schools’ mace heats, which will take place sometime in January 2020. 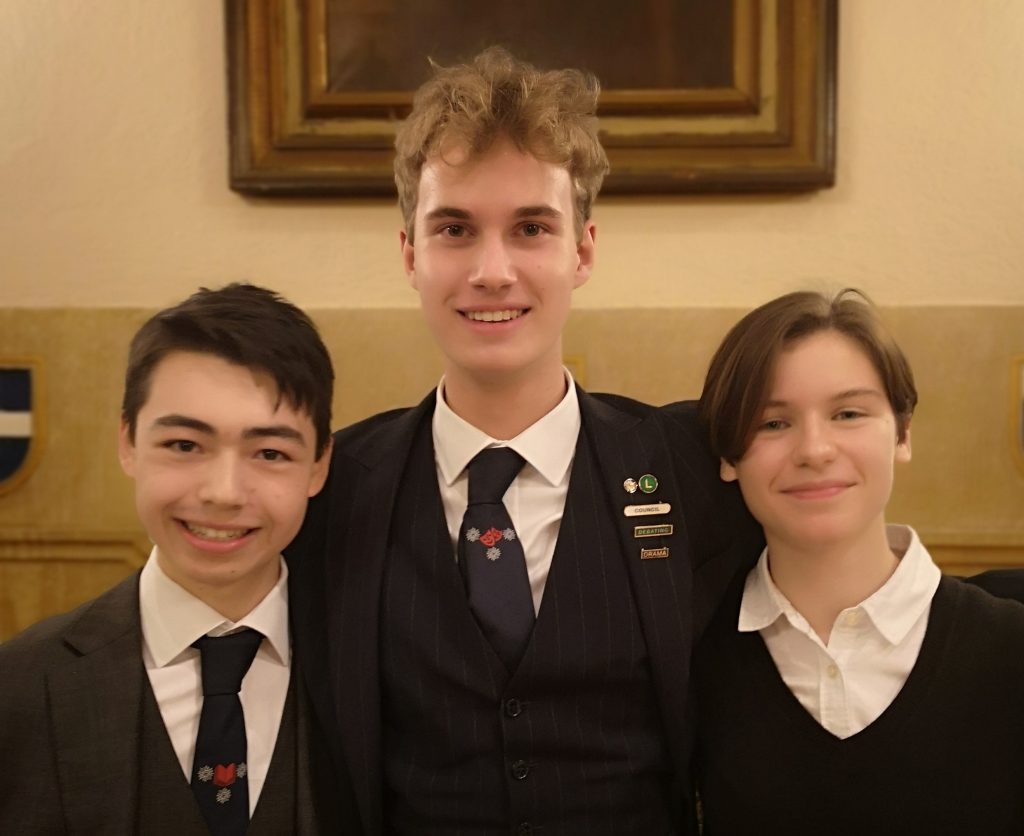