The splendid surroundings of Canterbury Cathedral Nave always adds a magical atmosphere to the annual Gala Concert and this year we were treated to some very special musical moments from a number of the main school ensembles, choirs and soloists. The Symphony Orchestra opened the programme with the majestic first movement from Britten/Berkeley’s Mont Juic; Suite of Catalan Dances.  Individual soloists then formed the core of the first half. Gemma Humphries played the first movement of Mozart’s A major Violin Concerto K.219, with elegance and detail. This was followed by Fergus Jimenez-England’s flute solo; an evocative piece called The Great Train Race by Ian Clarke with its extended flute techniques and idiomatic styling. The Chamber Choir then punctuated the programme with two wonderfully stylish pieces by Marenzio and Farmer from the altar steps. A vocal duet then followed with Eloise Newman-Brown and Matilda Trueblood (sopranos) singing the Flower Duet by Delibes in perfect synchronisation before Isabelle Matharu (mezzo-soprano) sang the evocative and sensual Mon cœur s’ouvre à ta voix by Saint-Saëns. To complete the first half, William Inscoe performed Gershwin’s Rhapsody in Blue with panache and vigour, ably assisted by strong, rhythmic playing from the Symphony Orchestra.

The second half was introduced by the stirring English Anthem, Blest Pair of Sirens by Parry followed by Bob Chilcott’s Requiem.  In the latter, the choirs were joined by former pupil Annalisa Traill and Daniel Bartlette who sang their respective solo soprano and tenor roles with aplomb and great sensitivity to the surroundings. The large chorus, consisting of the combined forces of the Cathedral Choristers, Chapel Choir, Choral Society, Upper School Junior Choir, Northboune and St Faith’s Prep School Choirs, made a splendid sound and supported the seven varied movements with their combined sense of teamwork.  Congratulations go to all performers for delivering such a memorable concert. 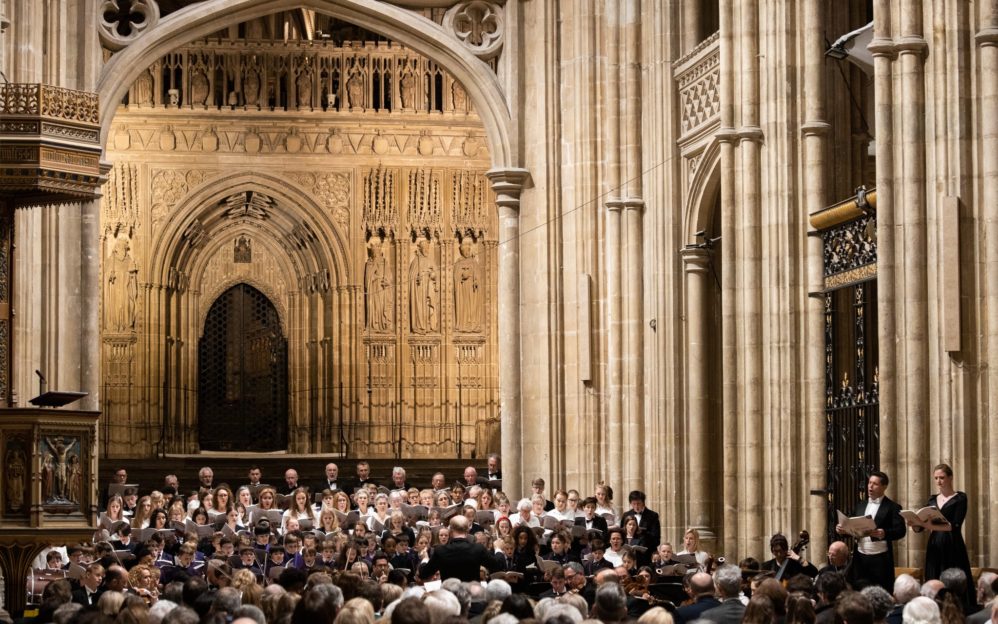 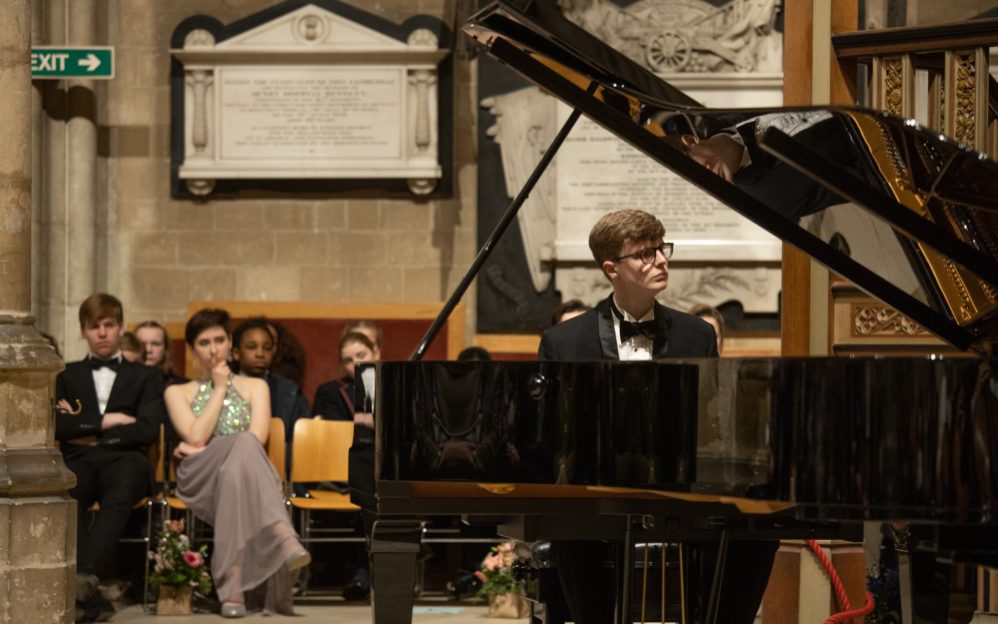 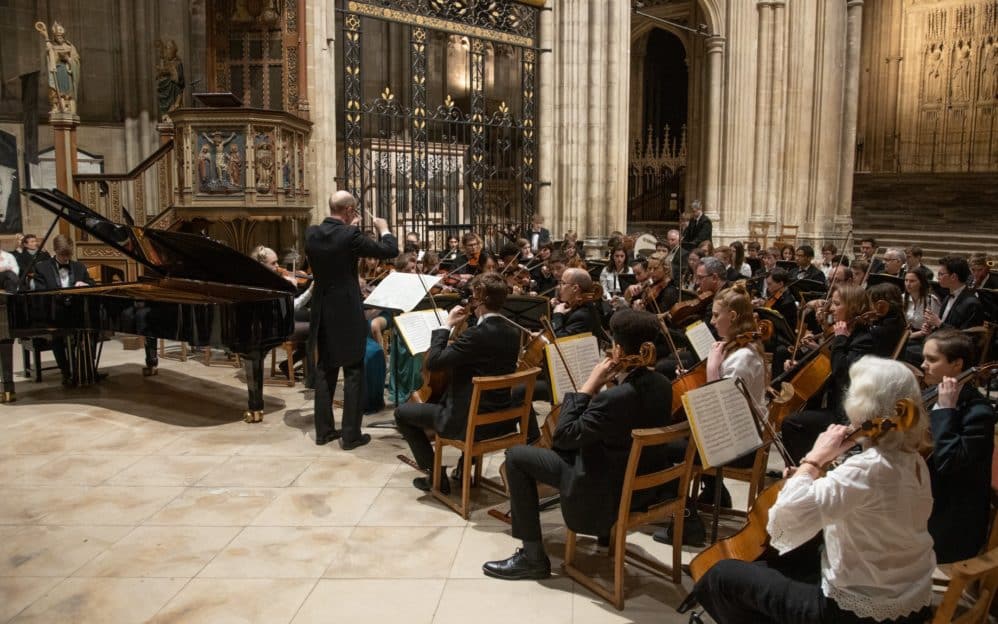 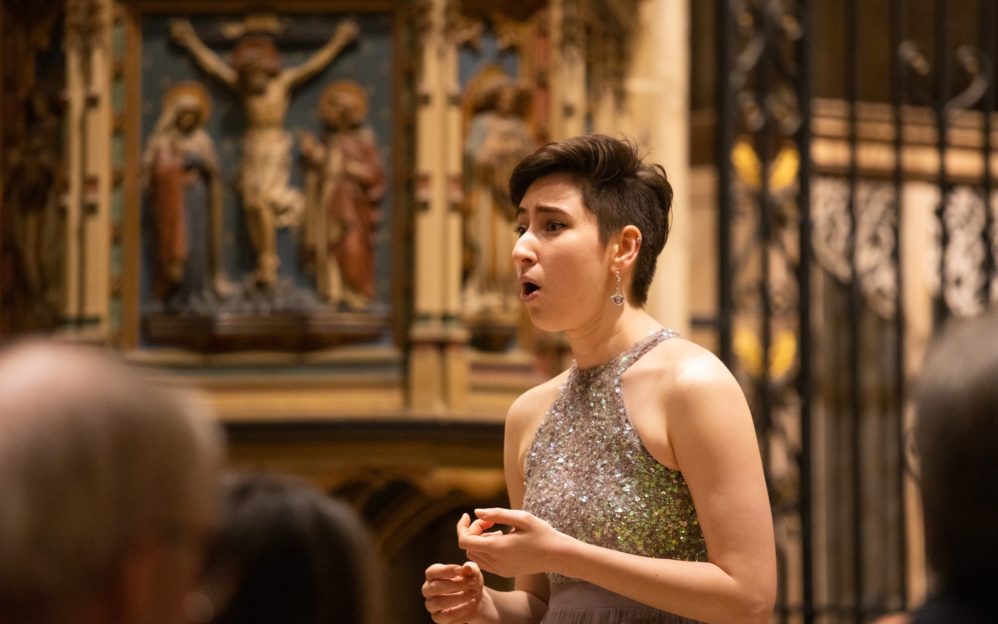 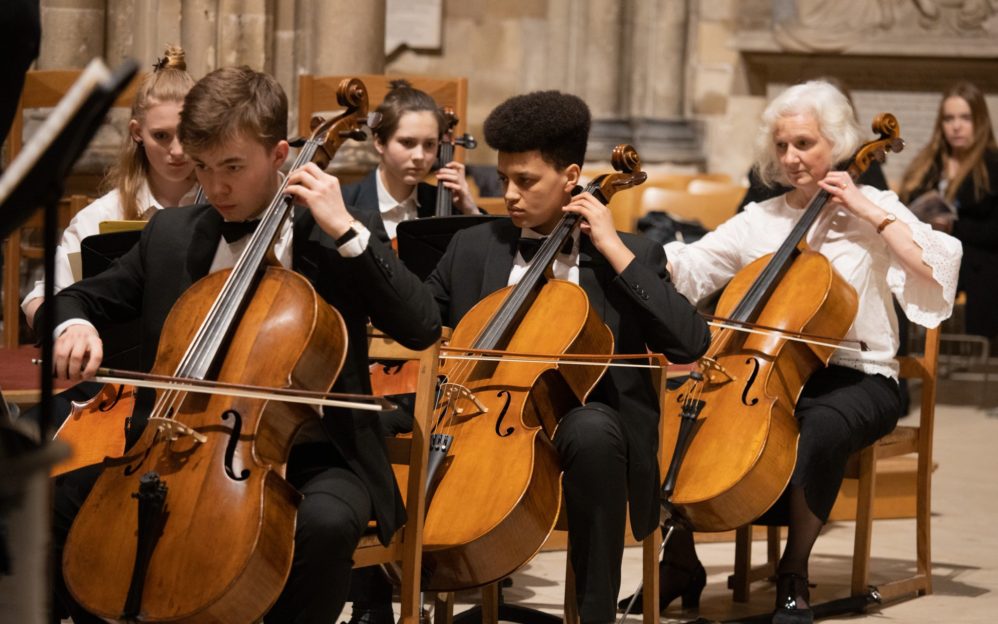 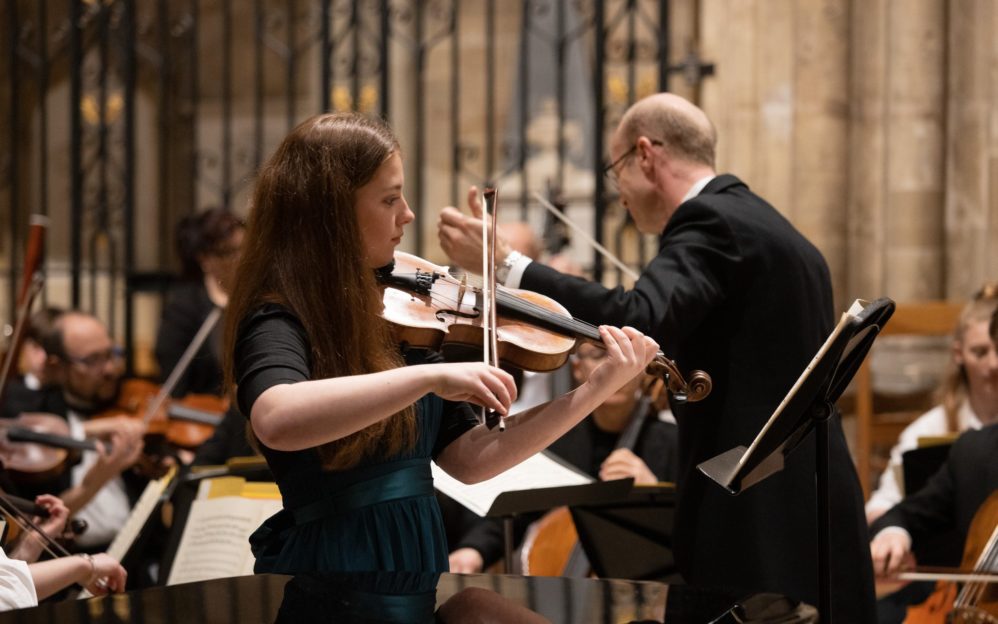