One of Kent’s greatest sporting institutions and indeed one of the world’s most famous club teams, Kent County Cricket Club, celebrated its 150th Anniversary this week with a thanks giving service at the Cathedral.

In the VIP guest list attending, with a gathering of over 1000,  was our one own teachers and ex-Kent stalwart, Mr Chris Penn, County Cap number 168, part of an exclusive group of 213 players awarded the honor given for outstanding service and performances over a sustained period of time during his 14 year career, curtailed by injury before joining St Edmund’s School in 2000.

The Dean of Canterbury Cathedral, The Very Rev. Robert Willis, and great supporter of the St Edmund Community gave a tremendous sporting address whilst the service was narrated by Downton Abbey, star butler, Simon Carter, also a great cricket fan. Also present were several local schools and our own group of 6th Formers to witness the unique occasion.

Commenting on the occasion Mr Penn said ‘It was a great day and to be a VIP guest was a most humbling experience. I had the pleasure of representing Kent teams since the age of 13 and onto international honors at schoolboy level. However, to have been good enough to play and stand alongside some of the game’s greatest is something I will cherish forever. That said, a career ends, another begins and teaching at St Edmund’s for the past 20 years has certainly kept me young at heart, albeit a touch grey!’

Below is Mr Penn in his playing days and in ‘colour’ on Wednesday with ex Kent team mates, Dean Headley, Matt Walker the current Kent Manager and most respected local consultant and ex team Medical Adviser, Mr Richard Collins. 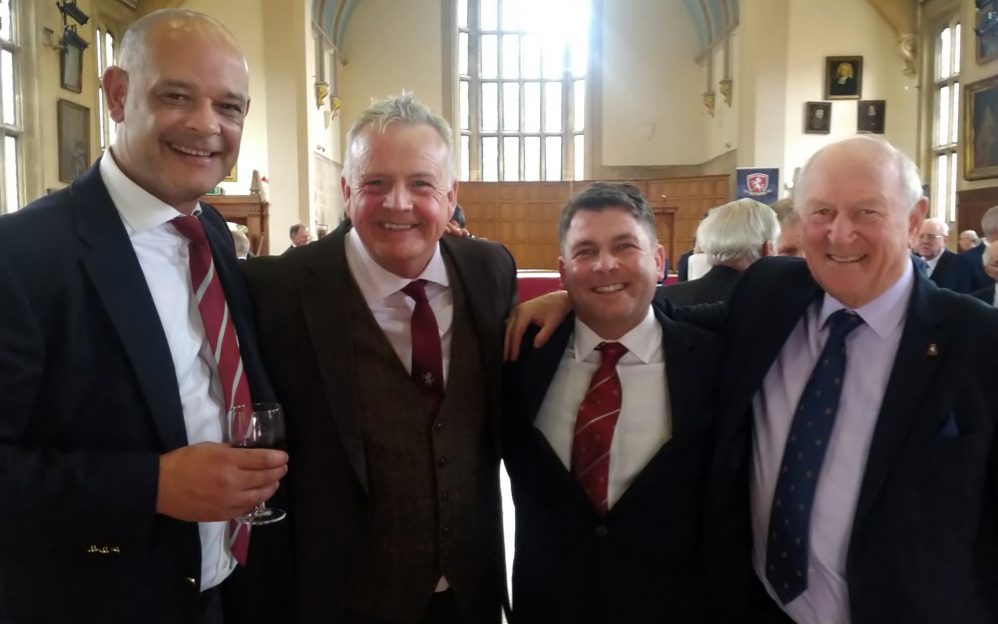