The Pre-Prep recently celebrated an excellent, informative, and fun-filled ‘Science Week’. Throughout the week the pupils took part in a variety of different tasks and classes revolving around the theme of ‘science’. A few highlights include:

The Crickets, who took a close look at the Junior School rabbits, Peter and Flopsy. The children found out what they need to survive, where they might live in the wild, what dangers they may face and that they are mammals. Peter was very adventurous and enjoyed running around the hall but Flopsy was a little shy and stayed in her carrier most of the time. The Crickets class also explored magnetism. They were fascinated by how strong the magnets were at repelling or attracting each other. They made ‘magic’ floating magnets and found out what type of material is attracted to a magnet.

Mrs Thyssen visited the Pre-Prep to talk about the importance of gardening and recycling. They learnt where seeds come from, how to plant them and how to help them grow. They also had a look at lots of items in Mrs Thyssen’s shopping basket and discovered how far they had travelled to our supermarkets. Mrs Thyssen told us about Fairtrade and the importance of recycling.

The Pre-Prep also had fun exploring a wide range of different pets at school. They were visited by Logan the tortoise, Angus the budgie, Cocoa the guinea pig and Mickey the hamster. The children were thrilled to find out about these different pets and asked lots of sensible questions to further their knowledge. That same day, the Pre-Prep went to see Mr Buckingham who lives on the school site with his two beautifully behaved and incredibly friendly French Bulldogs, Penelope and Carlos. Some of the children had emailed photos of their pets from home and we took time for each child to show their photos, talk about their pets and answer any questions their peers asked.

Mr Mount, Senior School Biology Teacher, came to visit the Pre-Prep children and, very excitingly, had brought some skeletons with him! He showed the children the skeleton of a rabbit – they observed the big back legs, the size of the skeleton and the flat, plant-chewing teeth. He then asked volunteers to ‘excavate’ skulls that he had buried in a big box of sand. The children used their science skills to look carefully at the teeth and decide if the animal was a meat-eater (carnivore) or plant eater (herbivore). Using this information, and the size of the skull, the children correctly identified a goat, a dog, a cat and even a fragment of sheep skull. Mr Mount said he was thoroughly impressed with the well-behaved, interested and enthusiastic scientists – well done Pre-Prep! 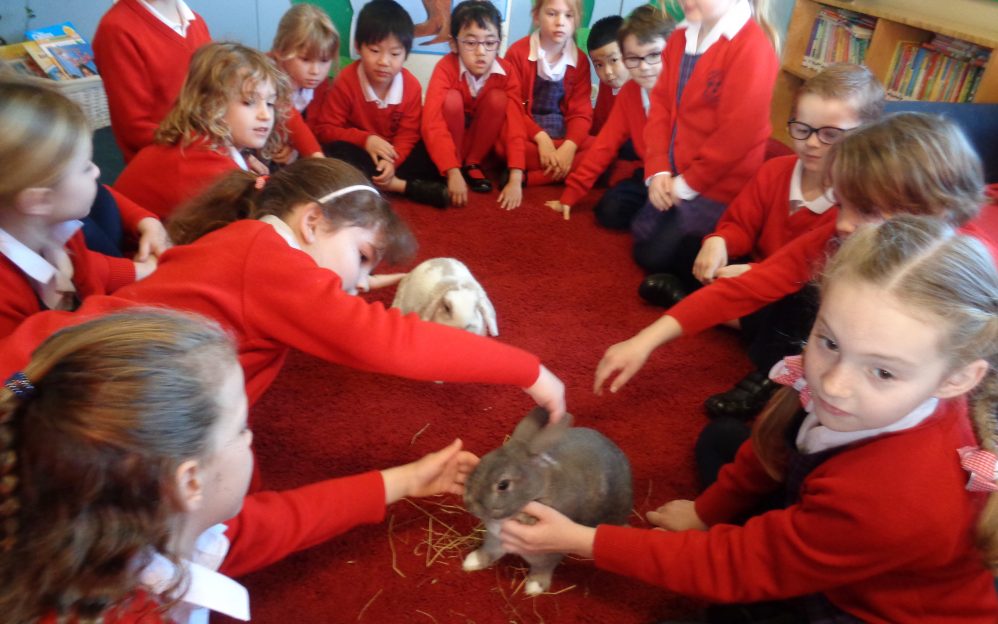 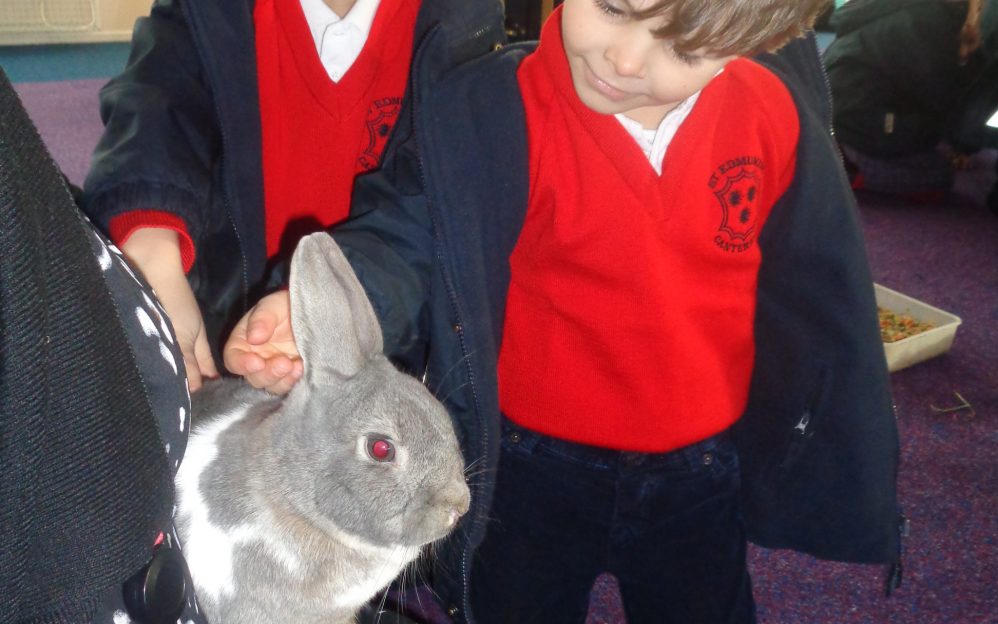 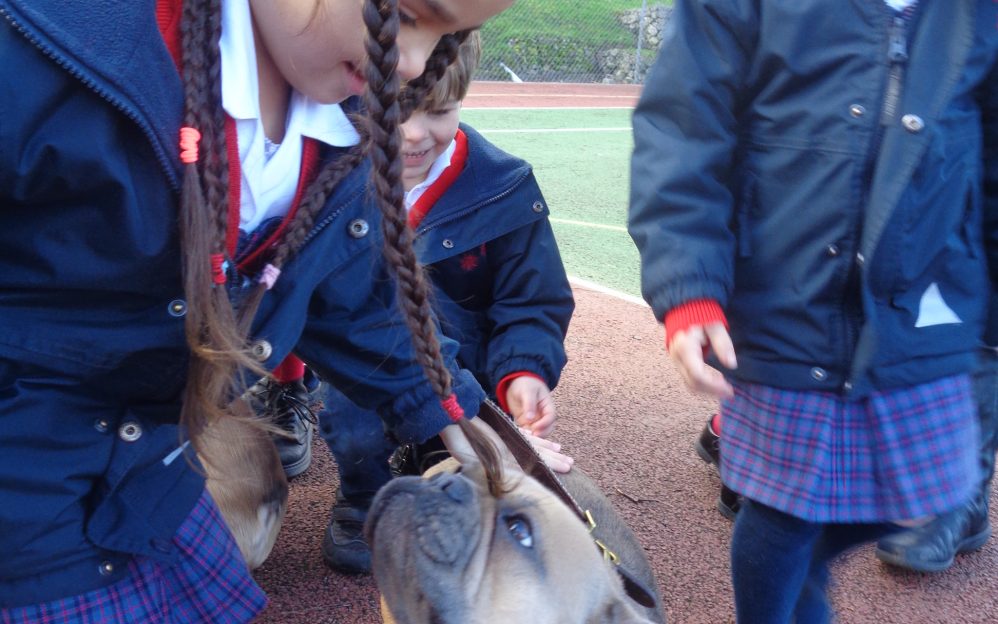 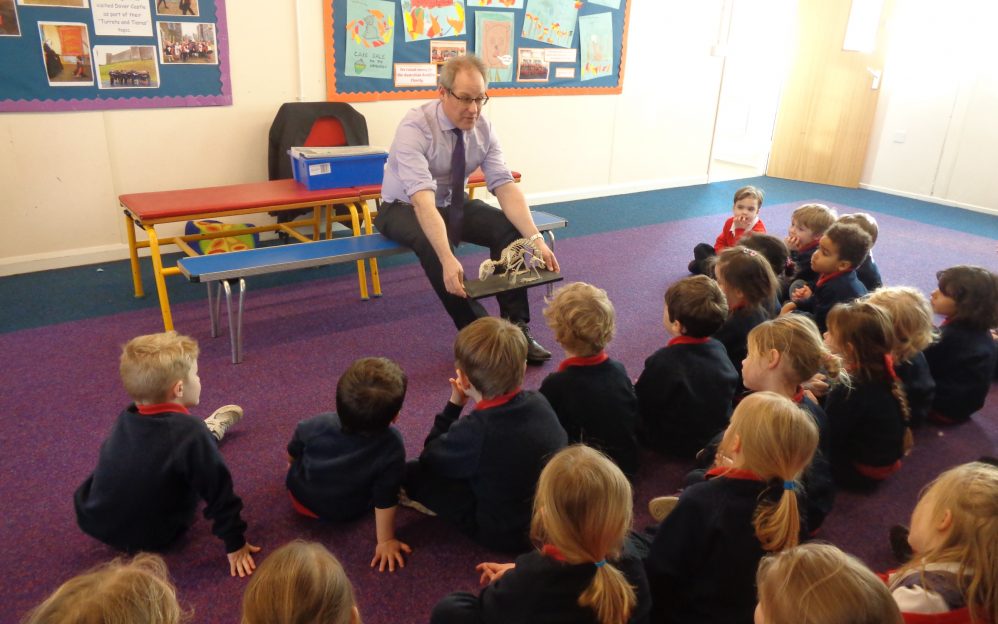 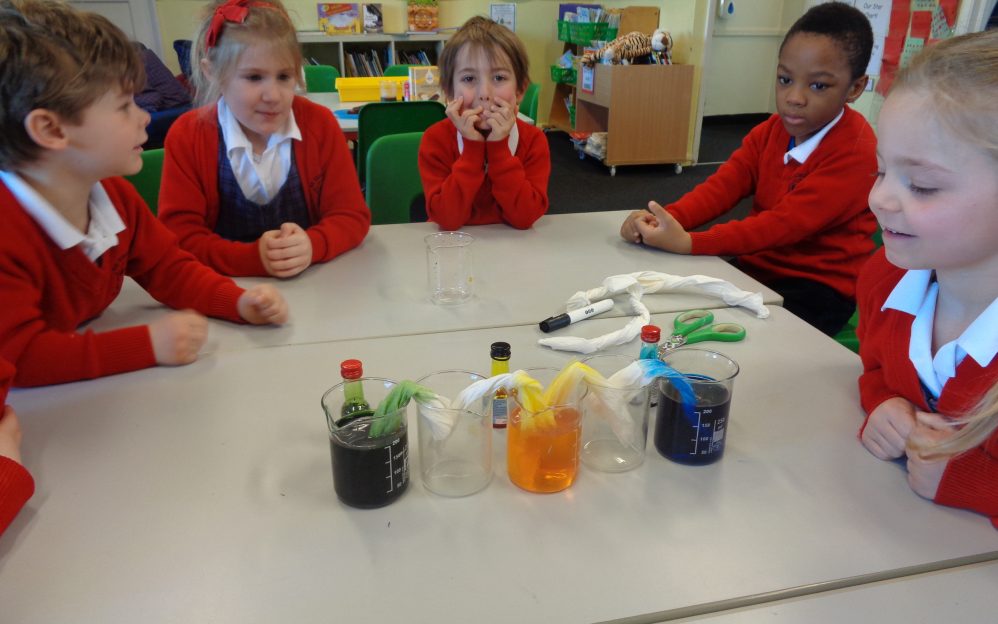 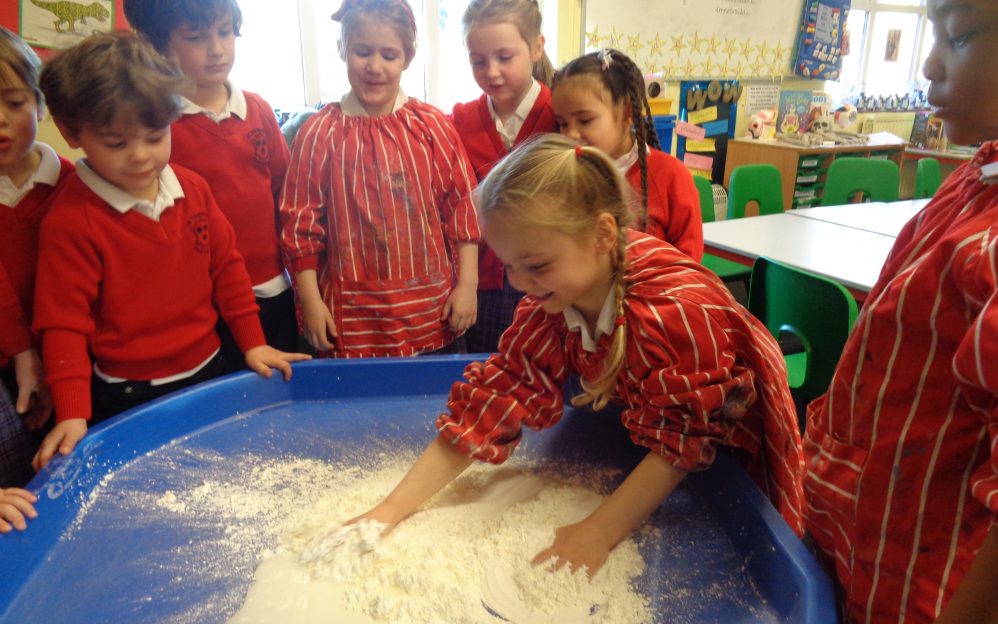 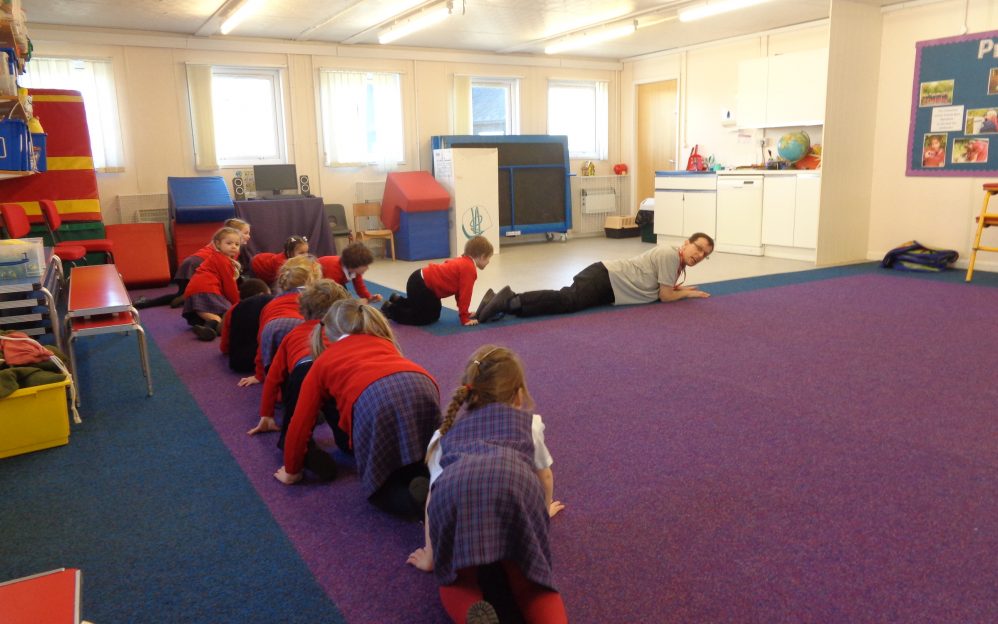 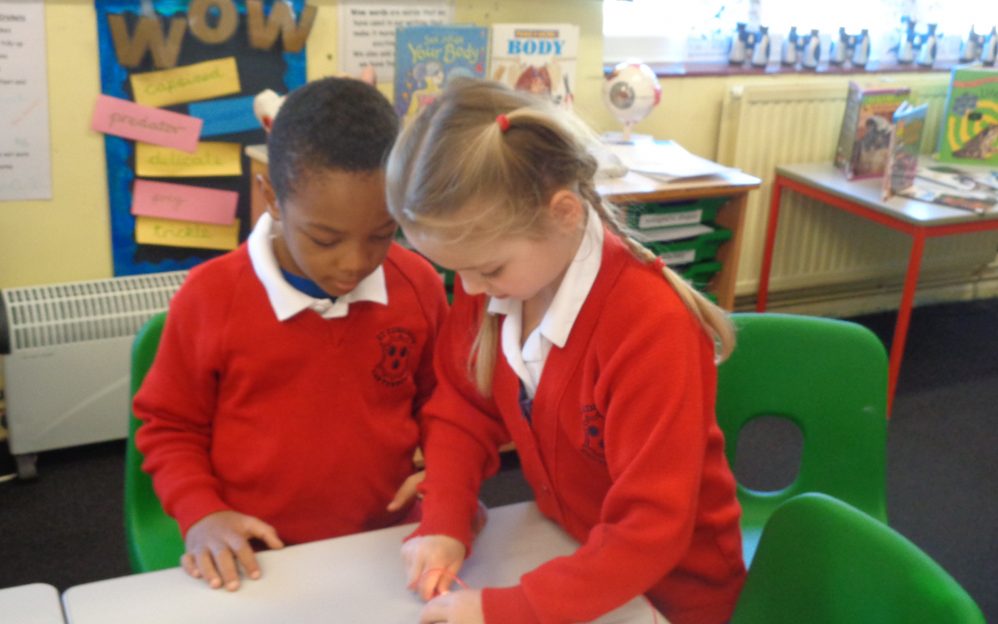 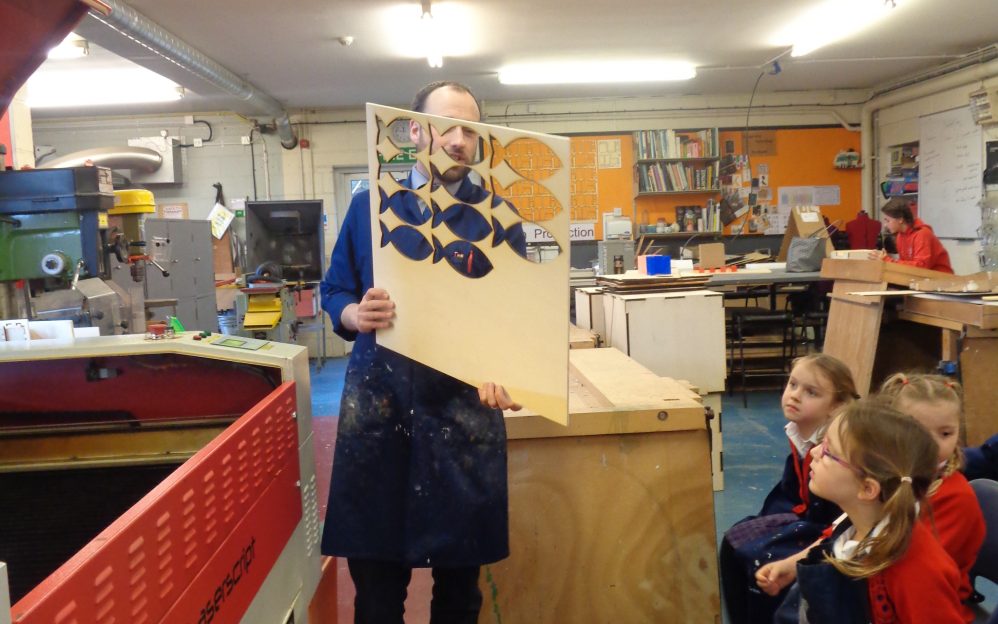 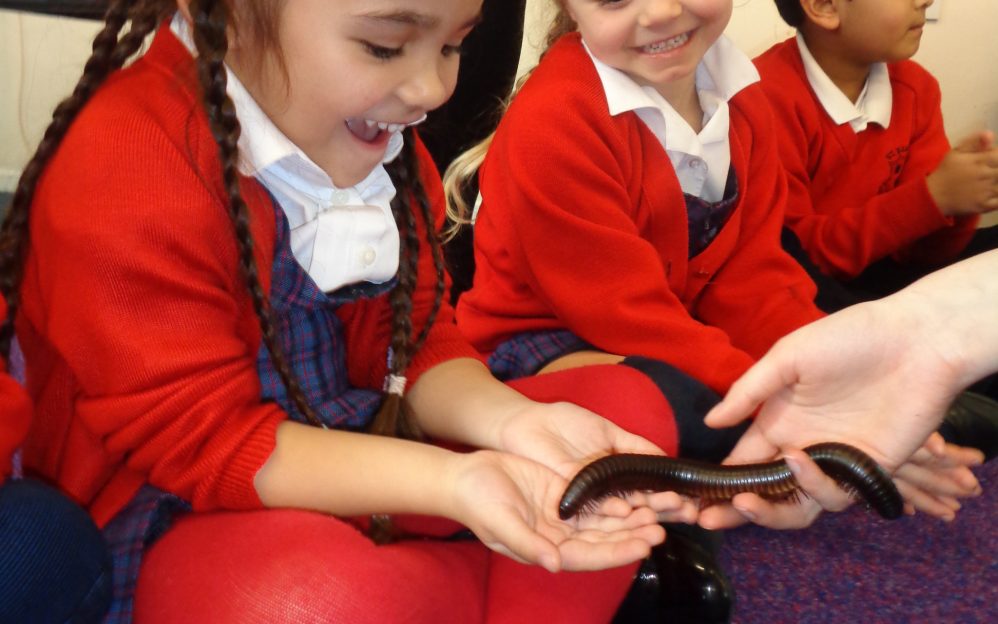 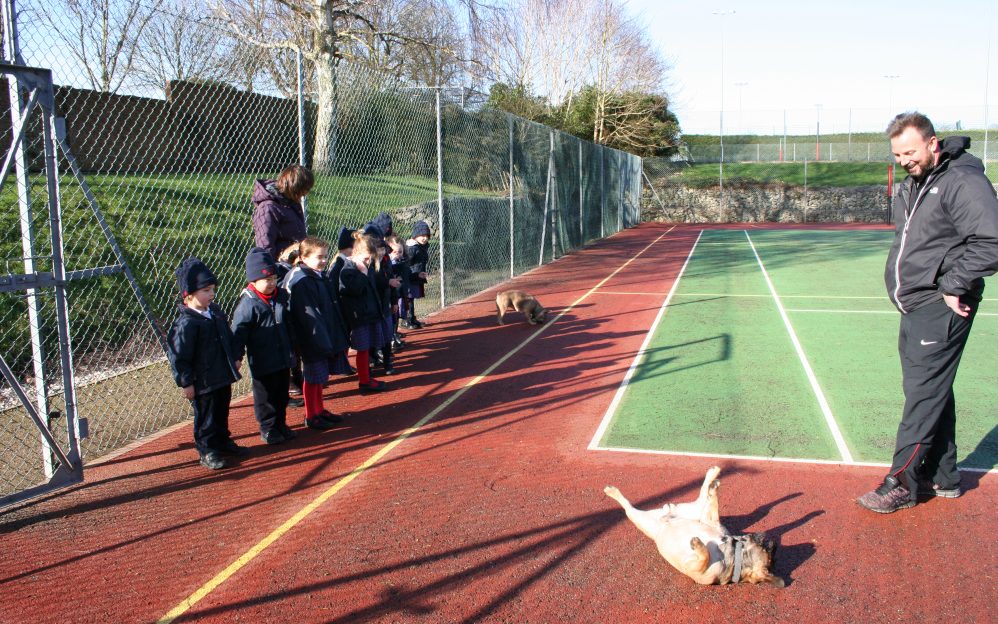 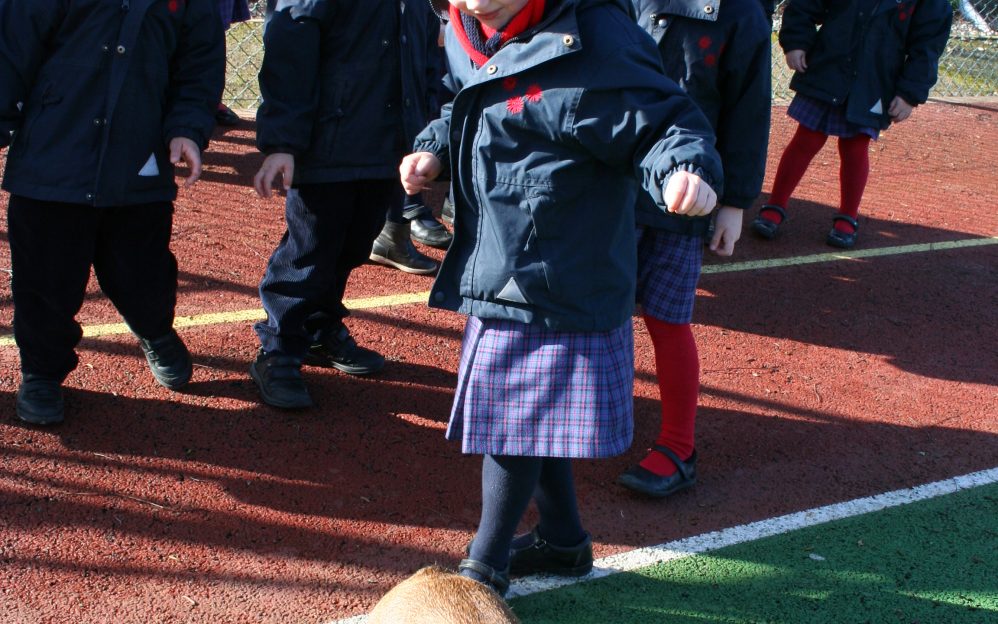 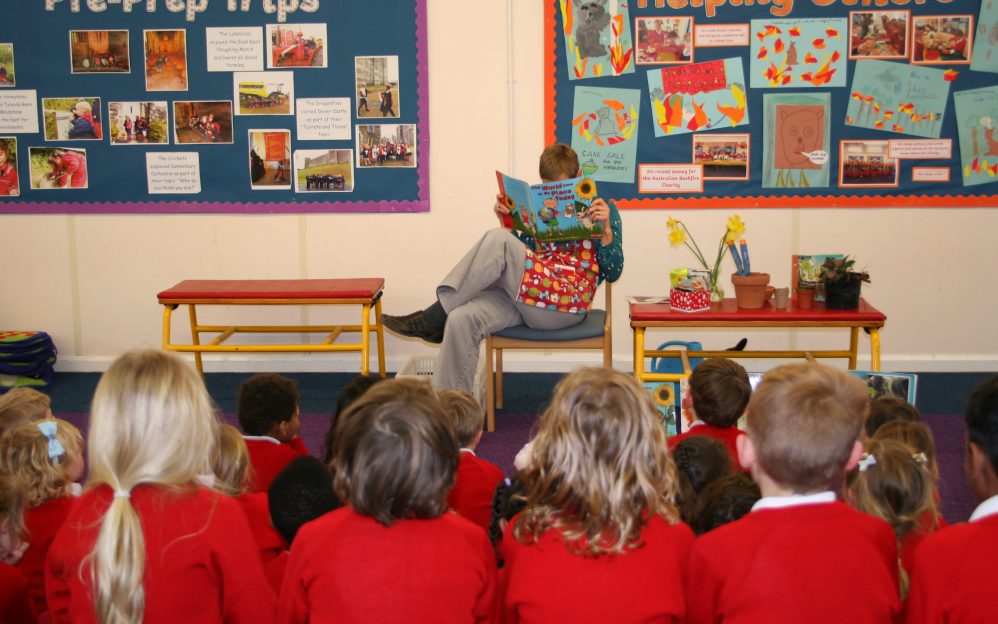 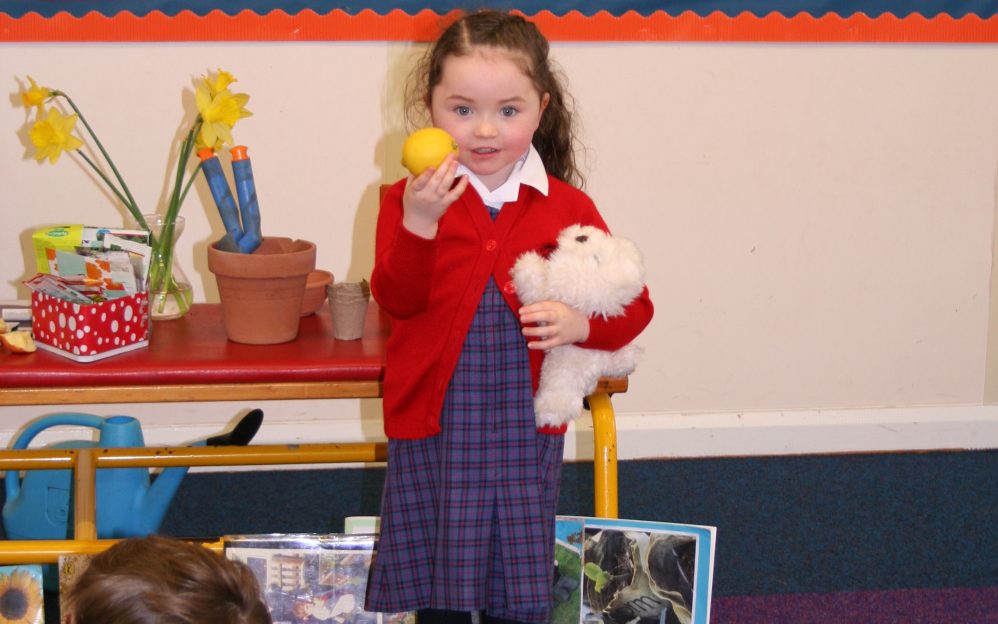 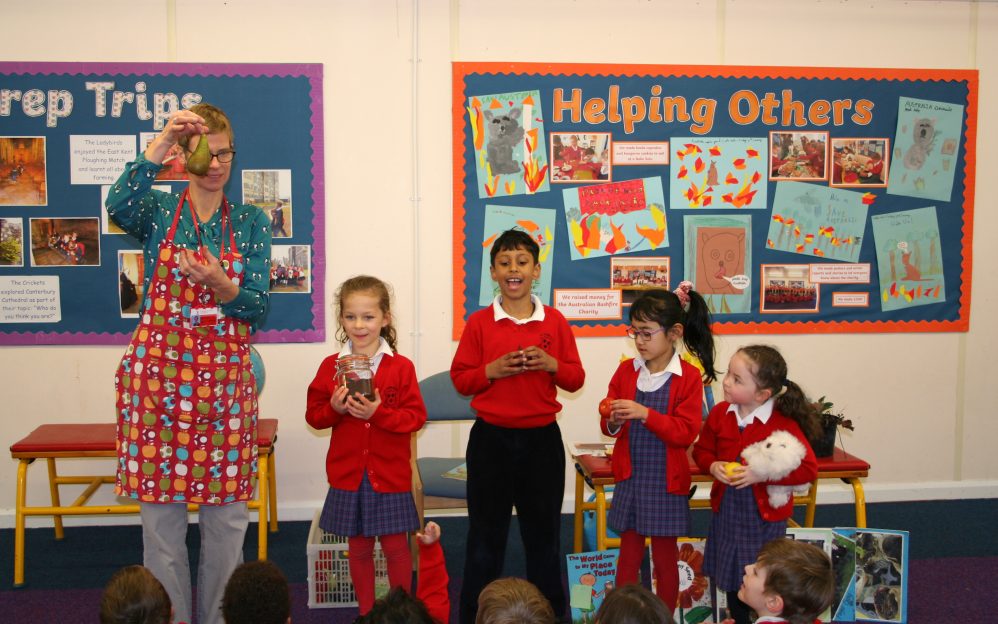 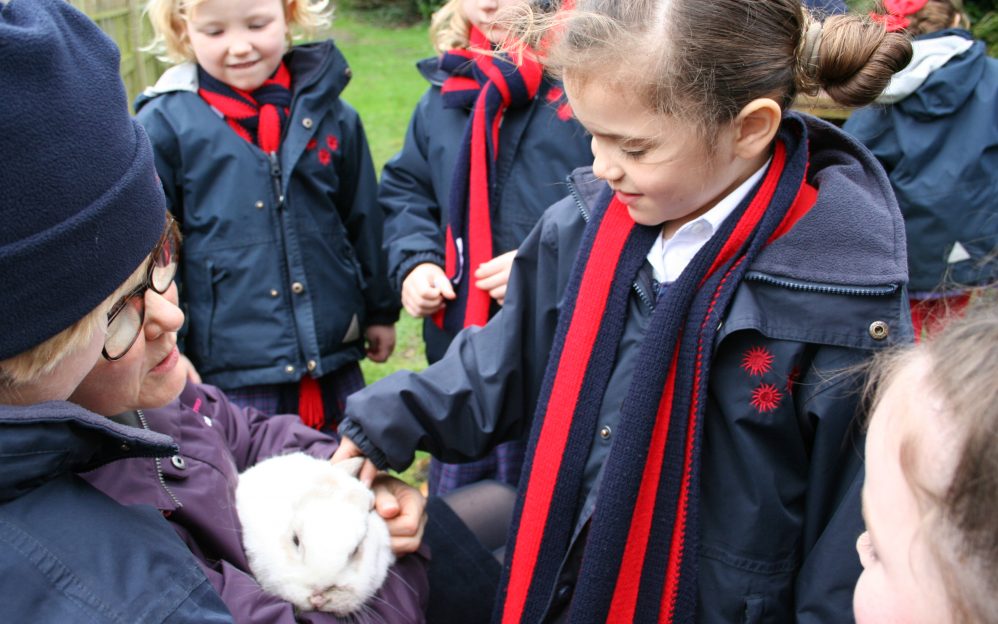 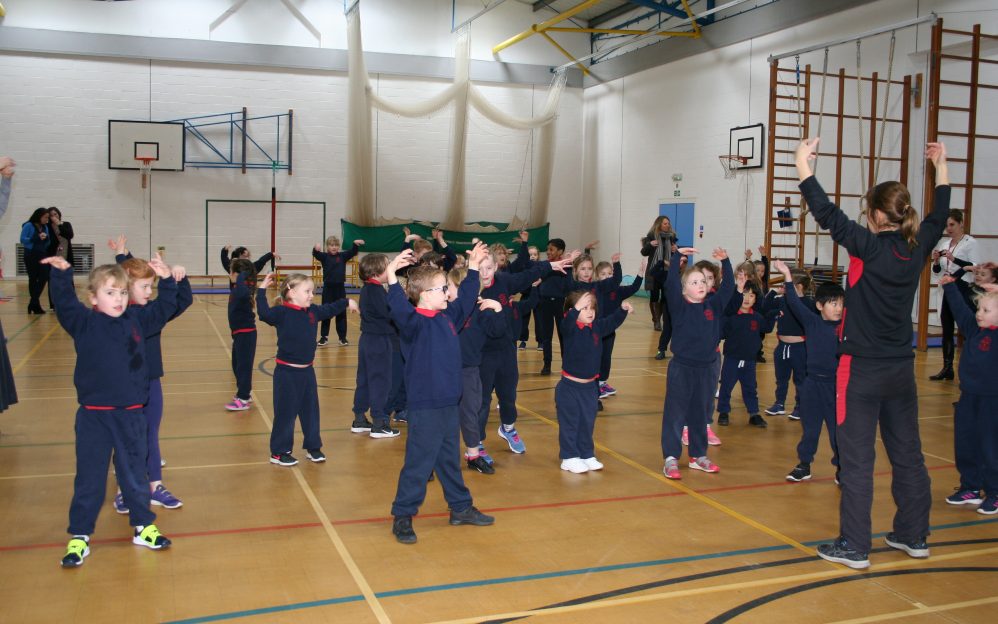 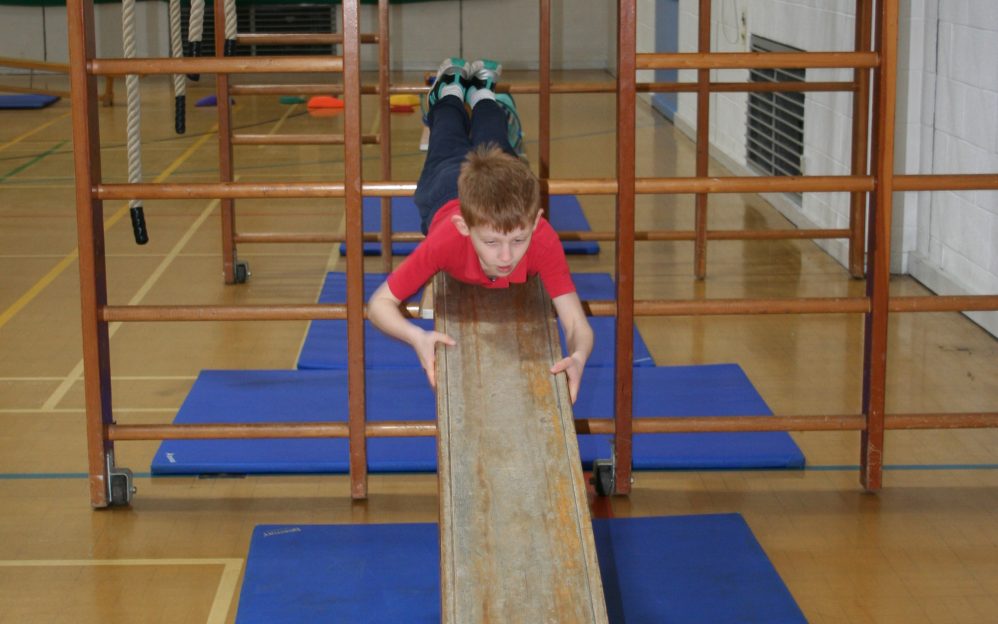 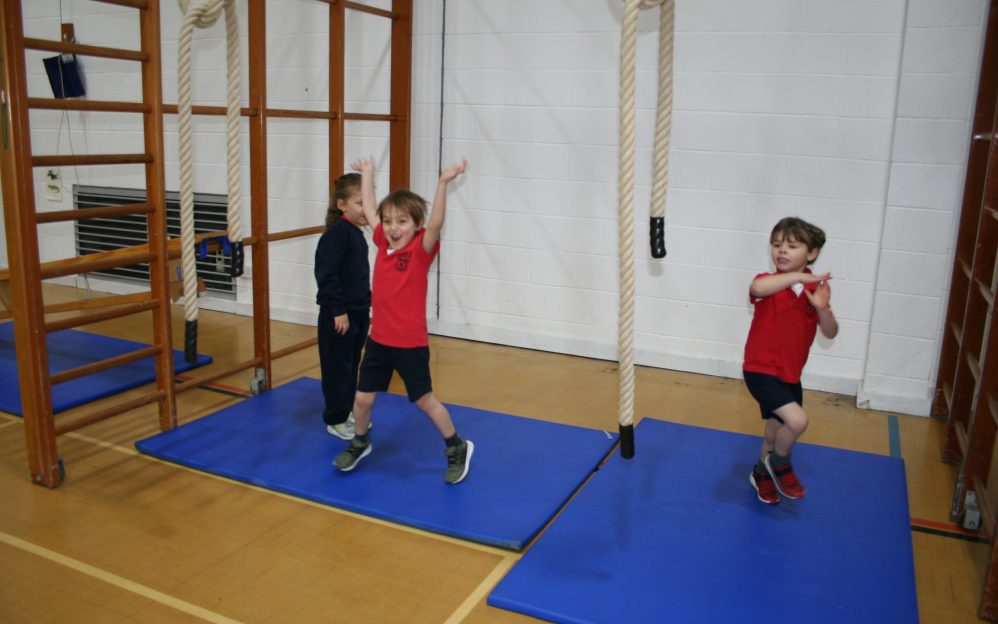 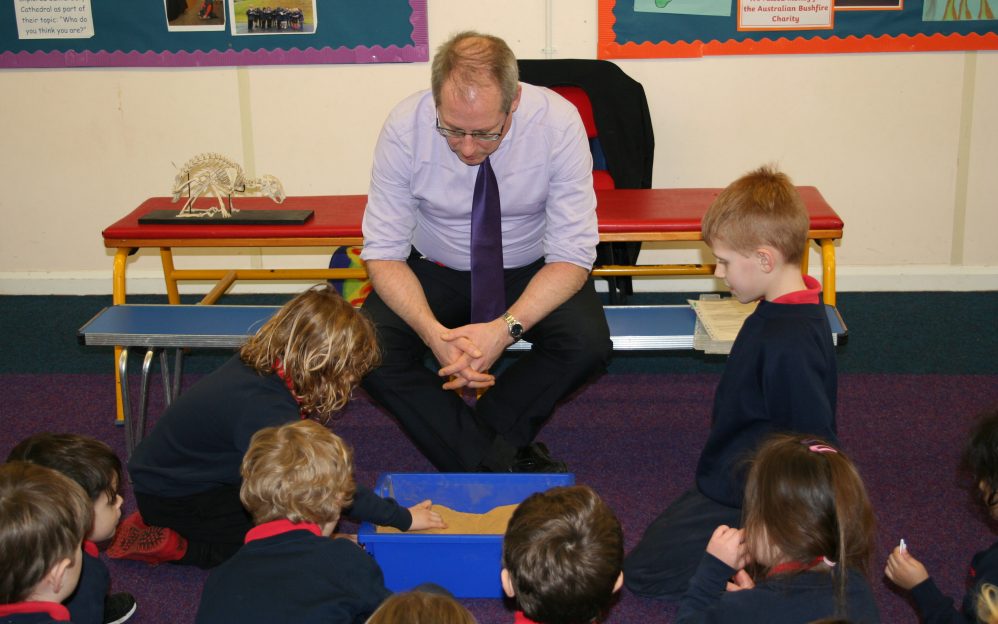 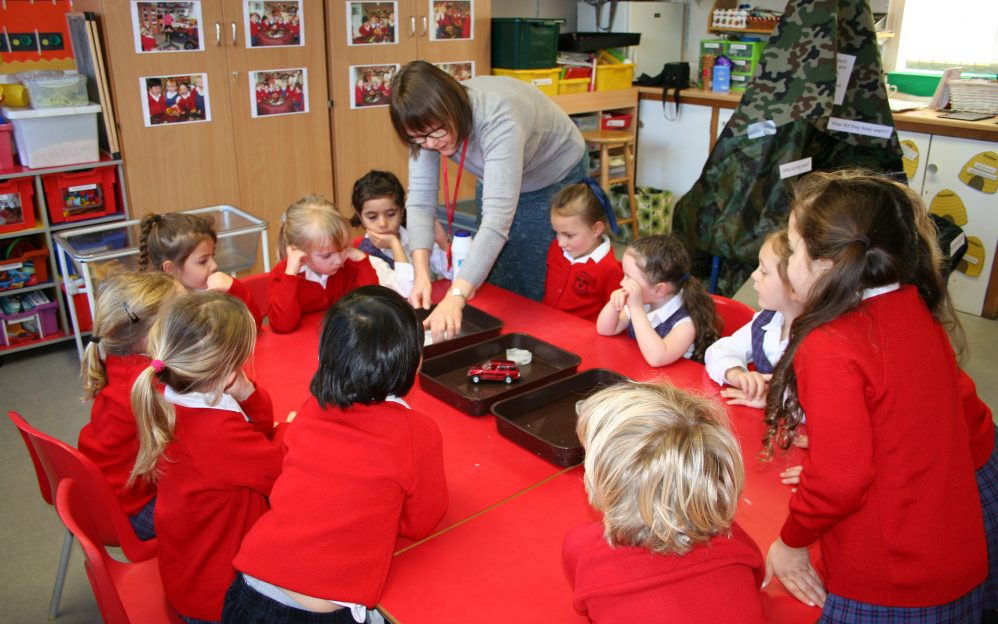 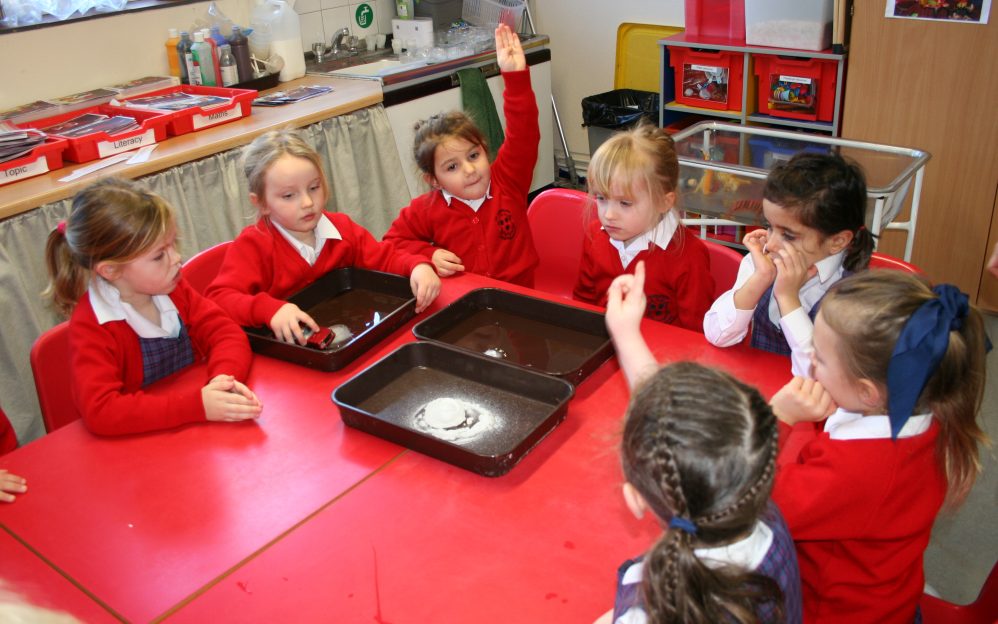 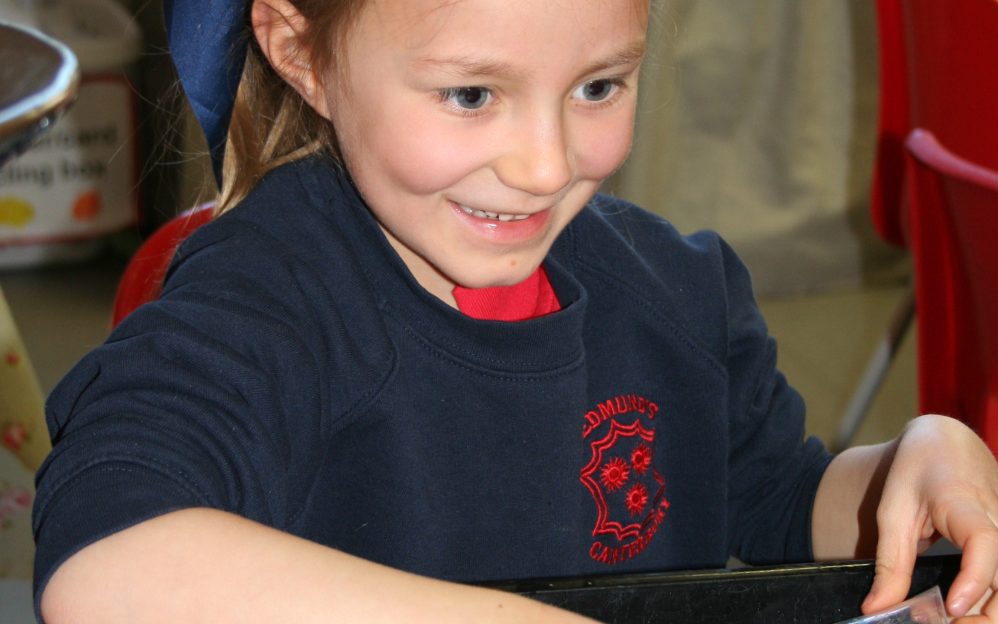 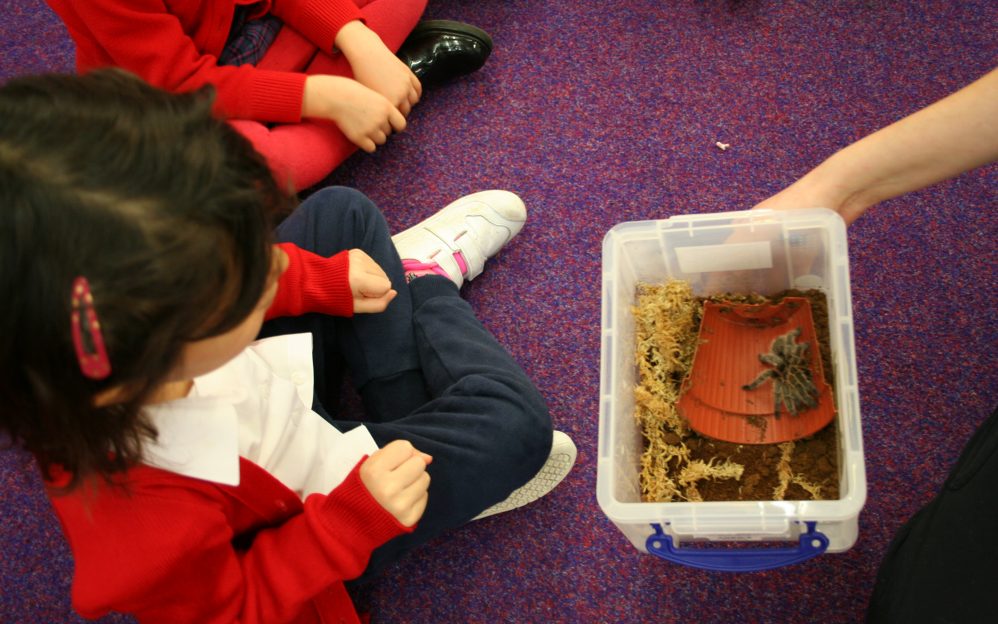 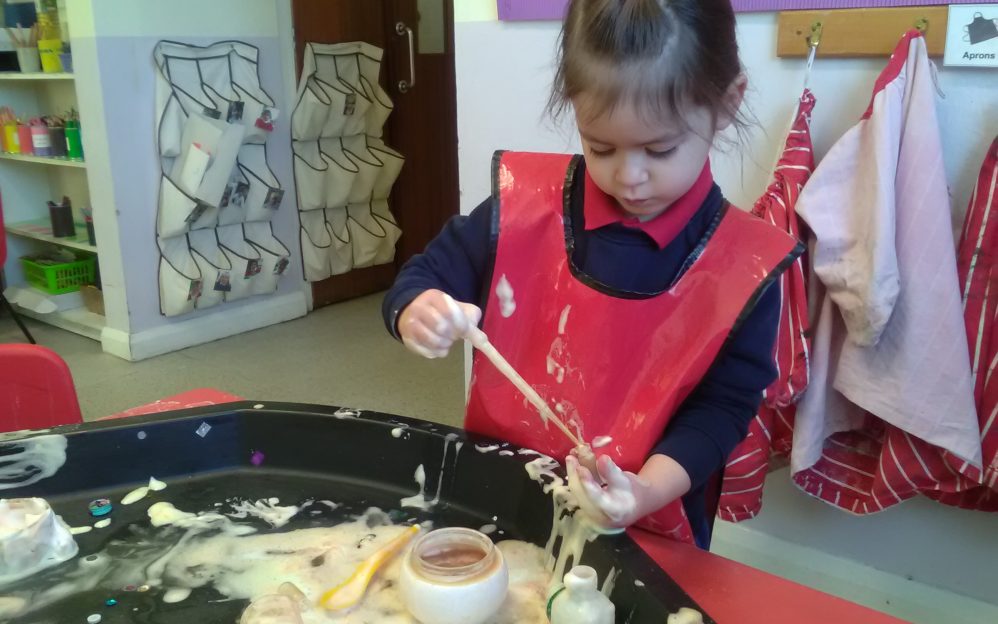 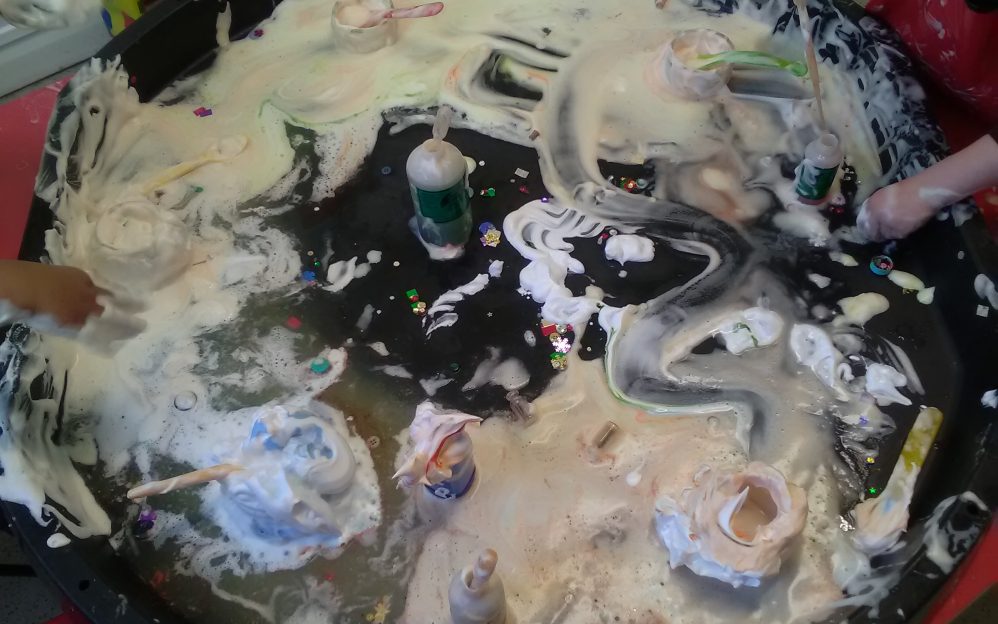 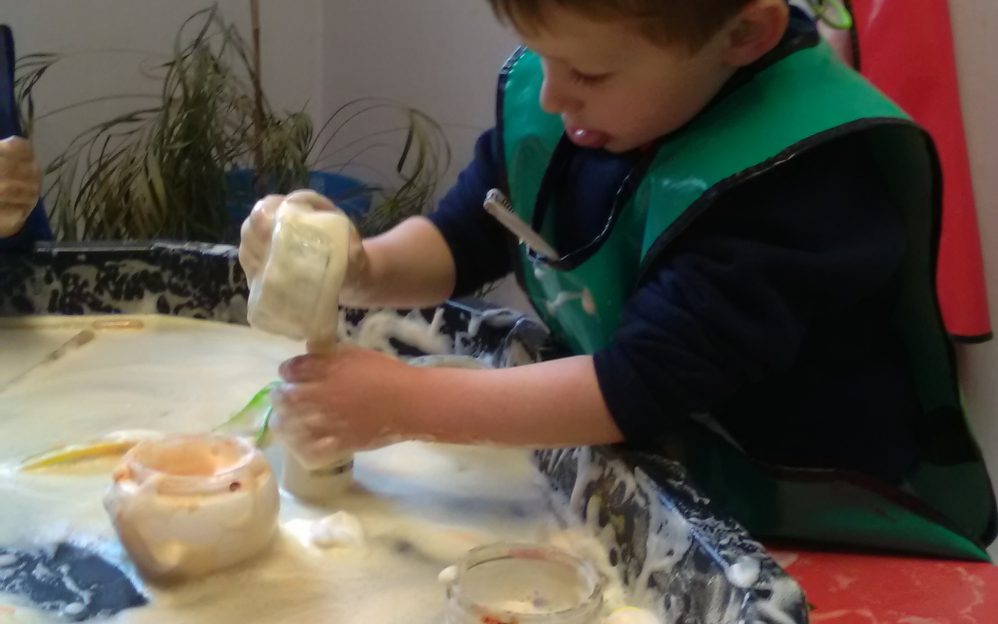